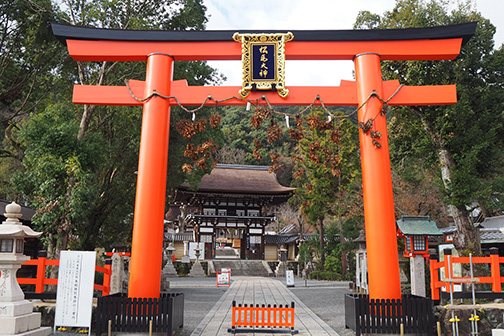 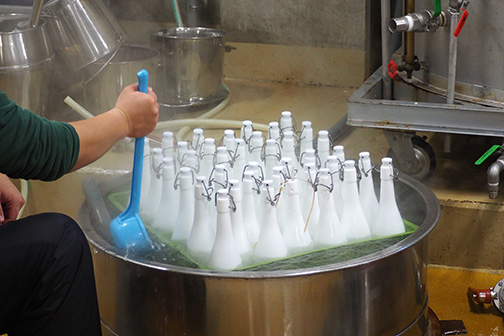 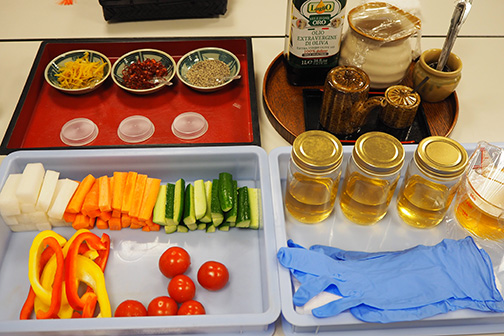 Matsunoo Taisha Grand Shrine
Matsunoo Taisha was founded in 701, almost 100 years before the founding of Kyoto. It was founded by the head of the Hata clan. The Hata were instrumental in introducing sake brewing techniques to the area, and the shrine has a deep and long association with sake brewers, who still take water from the sacred Kame-no-I well located on the shrine grounds. About 30 years ago Mirei Shigemori, the famous landscape designer and painter, built three gardens (at great expense) at the shrine: Iwakura Garden in the ancient style, Horai Garden in the Kamakura-era style, and Kyokusui Garden in the Heian-era style. They are considered some of the best modern gardens in Japan.

Matsui Shuzo Sake Brewery
Matsui Shuzo started brewing Japanese sake in 1726. Since then, it has produced many masterpiece sakes. Using only premium select rice suitable for sake production, it brews sake in small batches including Ginjo, Junmai and Honjozo types, crafting each batch to perfection. Some of its sakes are available only for a few months a year and some are available only in Kyoto. This brewery only accept visitors who really would like to learn about Sake production process.

Pickle-making workshop
Join us for our latest and easiest pickle-making workshop at one of the most famous Japanese pickle companies. After making your own pickles, we will also teach you how to make salad dressings using the pickling liquid. You’ll leave with two or three jars of pickles, a shirt that smells like vinegar, a slight buzz and a lot of newfound skills to practice. 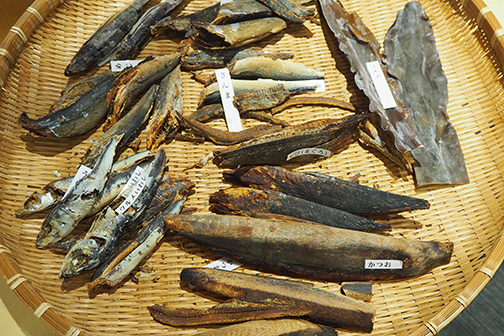 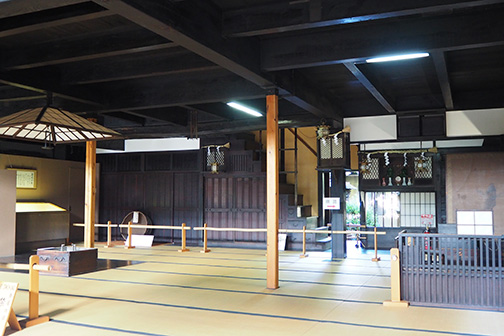 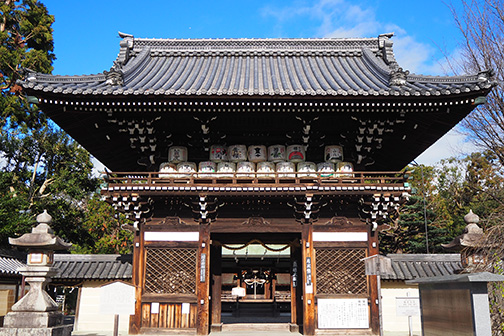 Museum of Food Culture of Kyoto – Ajiwaikan
Founded to introduce the delights of Kyoto food culture to the world, the museum opened in the Kyoto Central Wholesale Market in December 2012. Visitors can become acquainted with Kyoto food culture through the multi-sensory experience of looking, making and tasting. Displays introduce visitors to foods traditionally eaten for special events throughout the seasons, while planned exhibitions introduce aspects of traditional Kyoto foods. Permanent exhibits offer insights into the Kyoto Central Wholesale Market, the first market of its kind in Japan, which opened in 1927.

Sumiya
Sumiya was an ageya, an elegant restaurant for holding banquets and dinner parties with entertainment by geisha and tayu (premiere geisha), who performed tea ceremony, sang and danced. Geisha and tayu lived at the establishment that employed them, called okiya, from where they would be summoned to the ageya. Sumiya is a surviving masterpiece of the ageya architectural style. In 1952 it was designated an Important Cultural Property by the government of Japan.

Umenomiya Taisha
Umenomiya Taisha, a shrine tucked away in a western residential district, is yet another one of Kyoto’s hidden gems. Home to a gorgeous pond and sprawling garden, Umenomiya Taisha shows a variety of charming faces in spring as flowers like plum, cherry blossom, azalea, iris, and hydrangea bloom in colorful succession. Umenomiya Taisha has been well known for centuries as a shrine associated with sake brewing and prayers related to childbirth, and various items connected to both are found about the grounds. 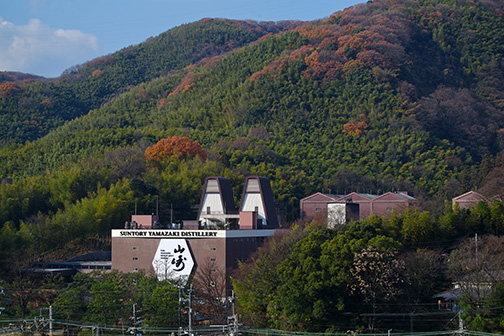 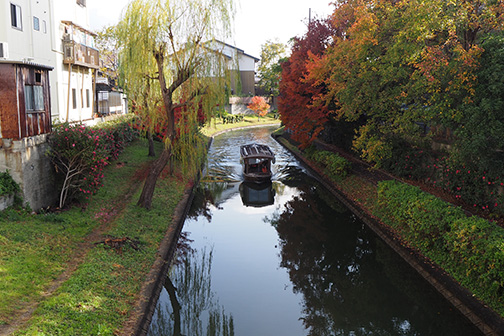 Suntory Yamazaki Distillery Tour (Osaka)
Construction started in 1923, the distillery produces Suntory's flagship line of Yamazaki Single Malt Whiskies, which have won many international awards. Yamazaki Distillery is surrounded by nature and greenery in a quiet and serene district that has long been known for its quality water, a key ingredient to great tasting whisky. The entire process of whisky making can be viewed here. Museum and distillery tours are available to tourists; however, prior reservations are required. If the tour is not available, you can still enjoy the Yamazaki Whisky Museum.

Sake district tour in Fushimi
The name Fushimi is derived from fushi-mizu, meaning “underground water.” Like its name suggests, Fushimi is famous for its spring water.

The Teradaya Inn
In the 19th-century, Fushimi was a thriving river port and people would stay at this inn when traveling by boat between Osaka and Kyoto. It is still a working inn today as well as being a museum dedicated to its most famous guest: the legendary samurai Sakamoto Ryoma.

Jikkokubune Canal Cruise
Jikkobune are flat-bottomed boats that once carried rice and sake to and from Fushimi. Now they are fitted with seats for an enjoyable 15-passenger cruise down to the harbor and locks that join the canal to the Uji-gawa River.

Gekkeikan Okura Sake Museum
The largest of Fushimi’s sake breweries is Gekkeikan, the world’s leading producer of sake. The museum is home to a collection of artifacts and memorabilia tracing the 380-year history of Gekkeikan and the sake-brewing process. After the tour, why not try sake tasting? 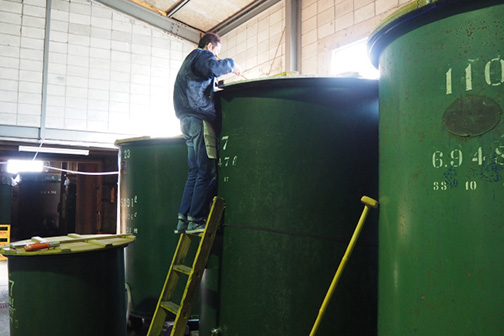 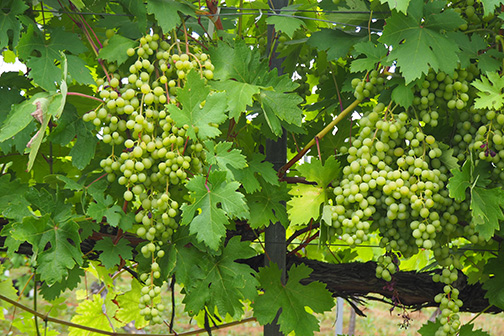 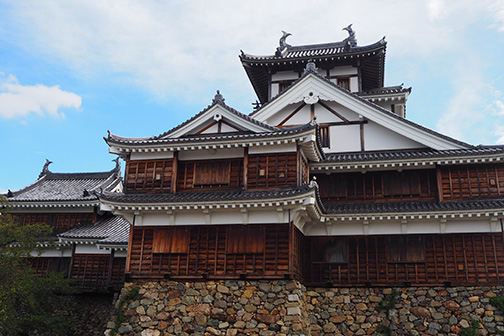 Tanba Wine Winery Tour
Tanba Wine was established in 1979 by Tetsuo Kuroi, who wanted to make wines suited to Kyoto cuisine. The winery boasts more than 40 grape varieties, and if you visit at the end of August you can see many of them ready to harvest. Tours include vineyards, the vinification facilities and of course sake tasting. After the tour, you can have a meal in the restaurant and shop in the winery store.

Fukuchiyama Castle
Fukuchiyama is a peaceful, old castle town located in the Tanba region of northwest Kyoto Prefecture. Fukuchiyama Castle was built in 1576 by Akechi Mitsuhide, a general in the army of Oda Nobunaga and the man whose treachery lead to Nobunaga's death at Honnoji Temple in Kyoto. Enjoy Fukuchiyama Castle’s panoramic views of the Yura River and the castle grounds, which include the deepest well of any Japanese castle, the Toyoiwa-no-i. The interior of the castle is now a small folk museum.

Japanese Oni Exchange Museum
Oni, in Japanese folklore, is a type of demon creature often of giant size, great strength, and fearful appearance. They are generally considered to be foreign in origin, perhaps introduced into Japan from China along with Buddhism. Though oni have been depicted in various ways in Japanese legend and art, sometimes also as women, they are characteristically thought of as pink, red, or blue-grey in color, with horns, three toes, three fingers, and on occasion three eyes. This museum of oni is located at the bottom of Mt. Oe, which is the setting for many oni legends. The museum has exhibits and materials on the oni of Mt. Oe, oni in other places in Japan, oni throughout the world, onigawara (Japanese gargoyles), and more.

Overnight at Onsen Ryokan in Amanohashidate
Onsen ryokan are Japanese-style inns with hot springs.
Amanohashidate is a pine-covered sandbar that spans the mouth of Miyazu Bay in the scenic, coastal region of northern Kyoto Prefecture. Viewed from the mountains at either end of the bay, the Amanohashidate Sandbar (which means “bridge to heaven”) looks like a bridge between heaven and earth. The scenic view has been admired for centuries and is ranked among Japan's three most scenic views. This area is also famous for its hot springs. 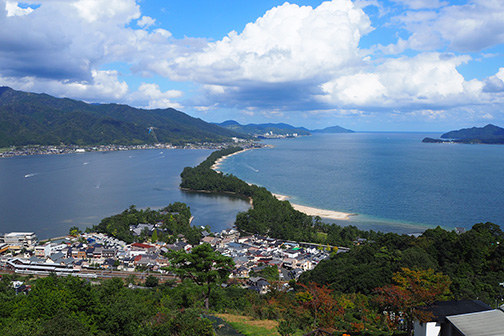 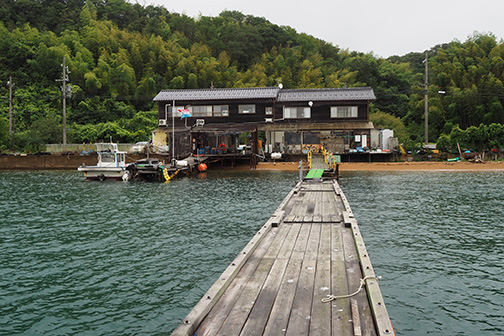 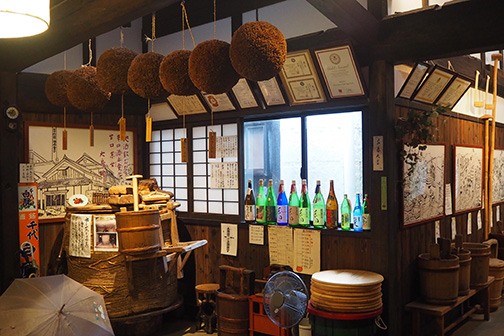 Fishing Experience
The Miyazu area is famous for its beautiful sea and of course seafood! You can go fishing and eat your catch at the adjacent barbeque house.
The area is known for its red sea bream (madai), back sea bream (kurodai), and Japanese amberjack (hamachi or yellowtail). Don’t worry if you don’t catch any fish. The staff will catch some for you!

Hakurei Sake Brewery
Hakurei sake brewery opened in 1832 in the Tango-Yura area. It's surrounded by the Sea of Japan as well as the Oe mountain range. The legend of a sake-loving oni, named Shuten-doji, is still alive in this area, which has deep ties to sake. In the Amanokura sake-tasting area, staff can tell you about the history of the brewery, the origins of the sake brands, and the sake production process. You can taste local sakes from the brewery as well as seasonal unrefined sakes. The Tenpokura room built when the brewery first opened still has original metal kettles and other brewing equipment as well as a nostalgic atmosphere. The brewery also sells original sake sweets.

Fish Market – Maizuru Toretore Center
Maizuru, located in northern Kyoto Prefecture on the Sea of Japan, has a fishing harbor called the Toretore Center. Toretore means “Catch lots of fish!” Established in 2002, Toretore is said to be the biggest fishing center on the Sea of Japan. Needless to say, seafood is the specialty of Maizuru. Many varieties of seafood are available here throughout the year, such as iwagaki oysters and torigai (cockle) in summer and crab in winter. In addition to shopping for fresh fish and shellfish, you can also enjoy eating them at Toretore Center.

Goro Sky Tower
Situated between Higashi-Maizuru and Nishi-Maizuru, Mount Goro-gadake offers a breathtaking panoramic view of the deeply indented ria coastline dotted with islands. It forms part of the majestic beauty of Maizuru Bay, which has been chosen as the most scenic spot in the Kinki area. The Goro Sky Tower with observation deck has a height of 301.2 meters. 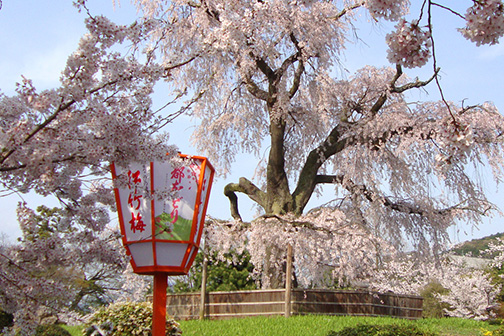 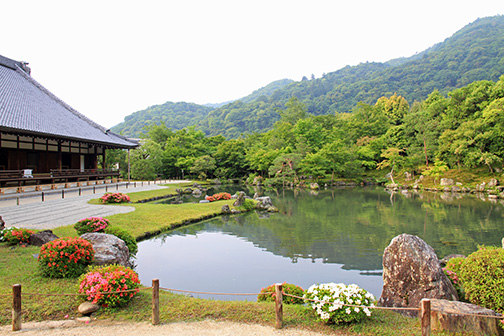 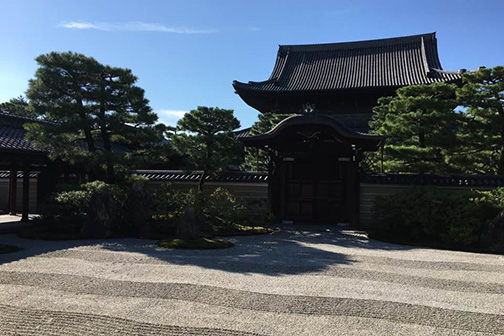 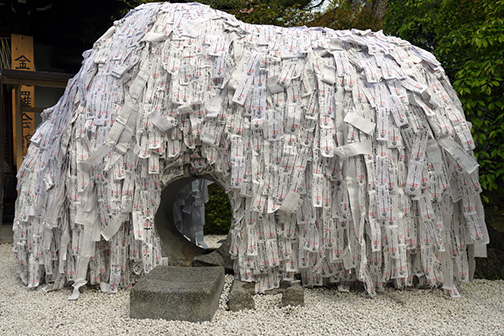 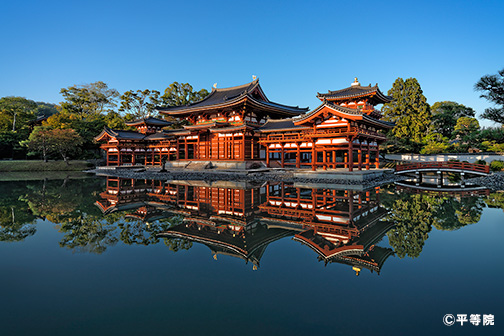 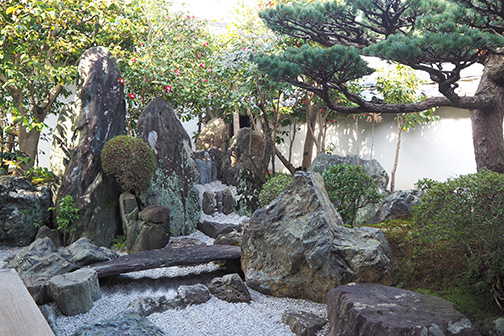 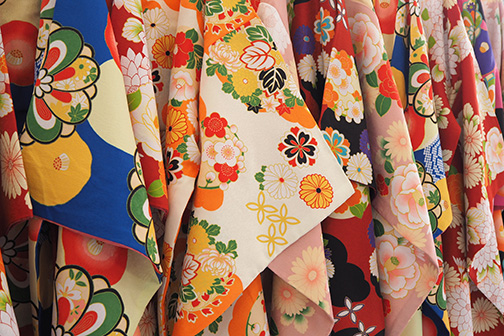 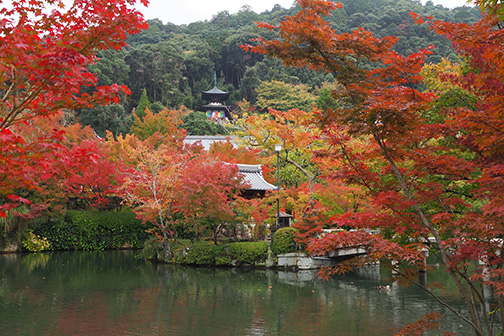