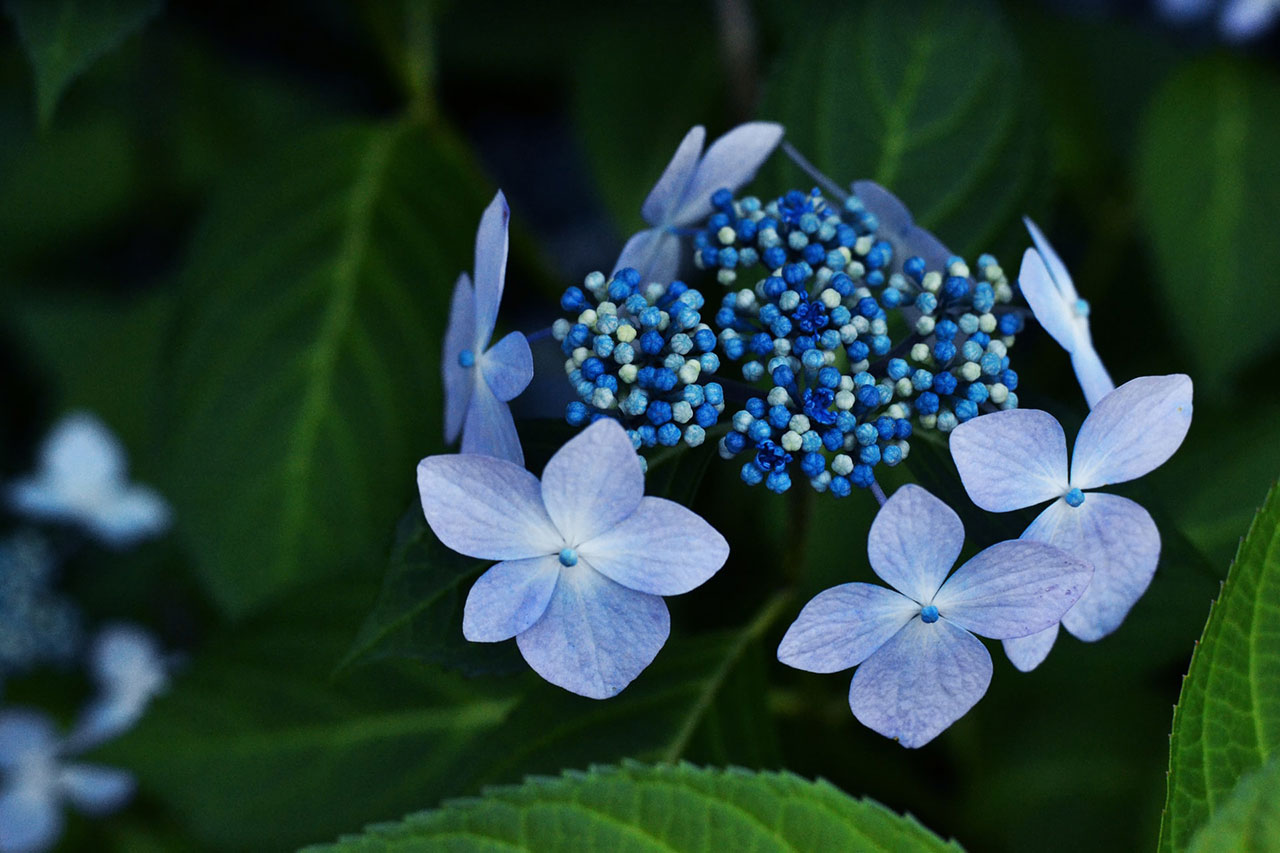 Blooming under the showers of the Japanese rainy season, ajisai (hydrangea) are a sign of summer’s imminent arrival. Although they’re easy to grow and therefore a common sight in gardens, parks and temple grounds, there’s something special about these seemingly ubiquitous plants.

Believed to have first been cultivated in Japan, there are references to ajisai dating back as far as the eighth century. Some of the ancient varieties are still found, although new, European varieties arrived in the 20th century as Japan opened its gates to the Western world. Today, over 100 varieties dot the streets of Japan, offering a wealth of shades and shapes. As well as indicating the weather to come, the water-loving plants are also a sign of what’s taking place in the ground below. The sepals (often mistaken for flowers) range from bright violets, deep indigos to pastel pinks, and are reliant on the PH of the soil they grow in. Acting as a kind of reverse litmus paper for the earth, the bushes become blue in an acidic ground and pink in alkaline. Ajisai are the only plants in the world to react in this way, and it’s believed the name ajisai may stem from azusai, meaning a collection of indigo blue flowers. 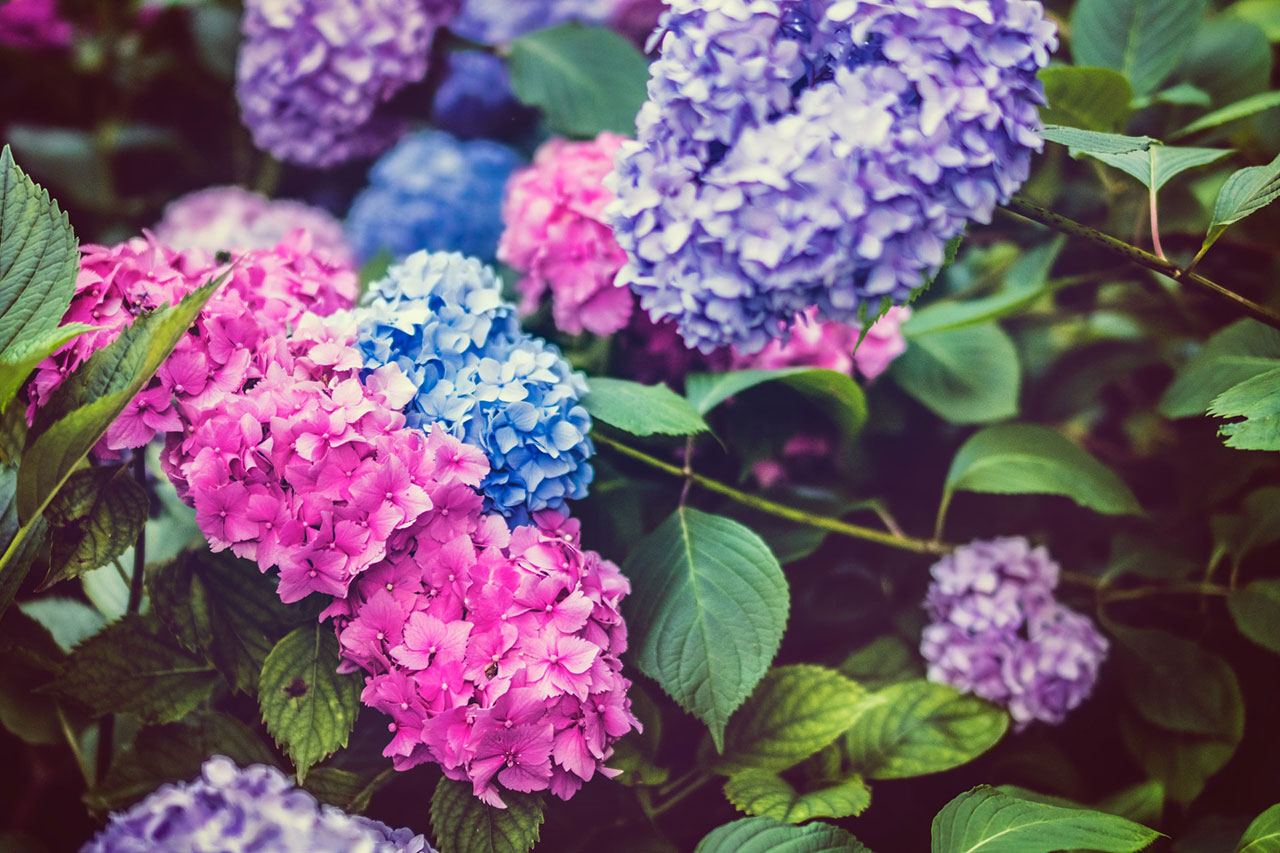 This fluidity in color is why the ajisai have a certain reputation in the Japanese language of flowers, known as hanakotoba as well as popular culture. Associated with pride, they are also linked to a fickle heart and often given as an apology. One nickname is shichihenge, meaning seven transformations, highlighting their diverse forms. Their fickle nature leads to them being shunned by the warrior class in mid-century Japan, as their changing colors were seen as disloyal. Today, the colors are enjoyed around the country, with appearances in flower arrangements of ikebana (the art of flowers) to show the change of season.

Color is not the only changing factor, however. The shapes vary too, with lacecap varieties originally found in Japan. This kind has small flowers in the center, with larger sepals around the edges. The second variety, known in Japan as Honajisai (western hydrangea), has balls of sepals with few small flowers. 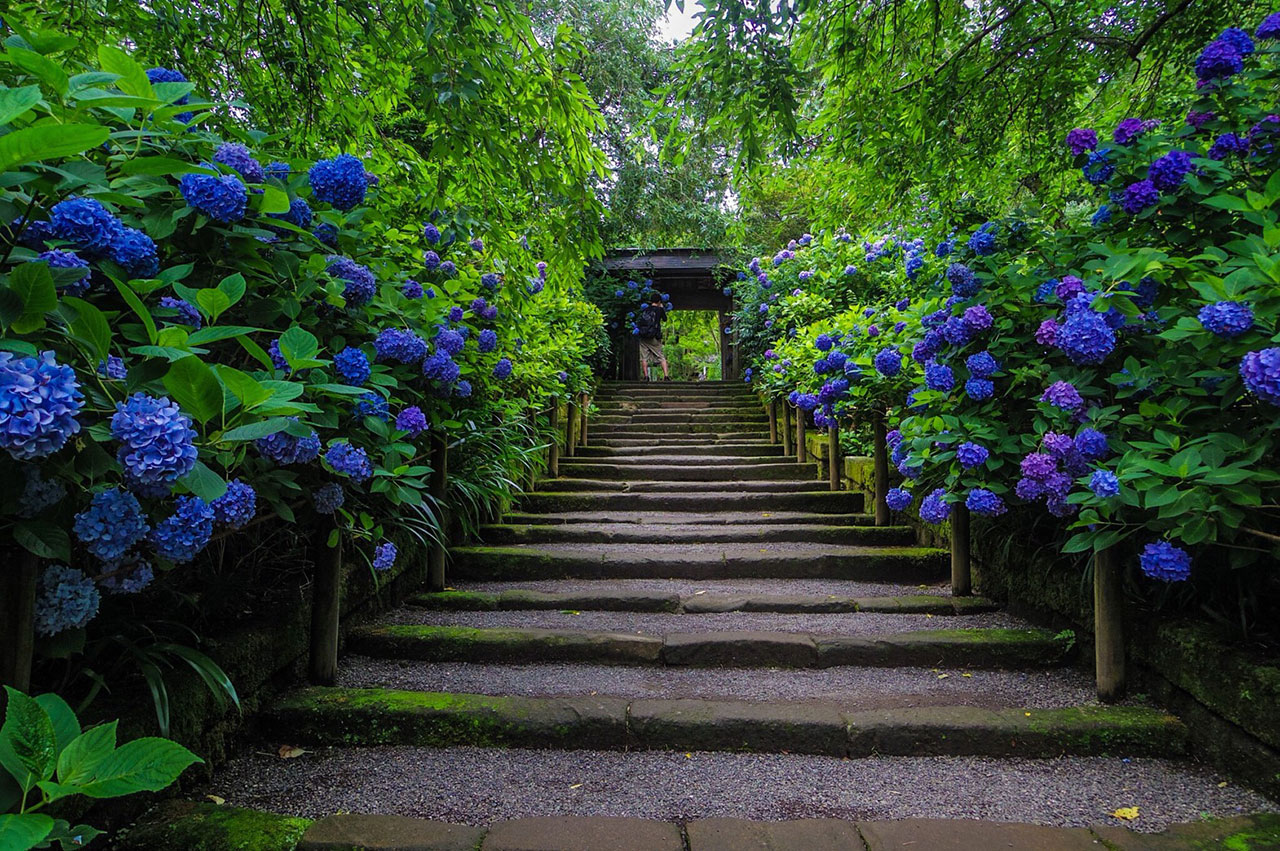 If you’re lucky enough to be in Japan on the cusp of summer, there are a number of great locations to enjoy the ajisai. Meigetsu-in Temple in Kita-Kamakura is nicknamed Ajisai Temple thanks to its impressive blooms each year. This ancient temple of the Rinzai sect is a stunning temple as well as a seasonal treat. Almost all of the hydrangeas are of the Himeajisai variety, which translates to the princess hydrangea and reflects its royal blue coloring. Taking photographs along the picturesque staircase is a highlight, as is wandering through the grounds to admire the delicate blooms. When exploring Kamakura, be sure to visit the many unusual temples as well as the impressive Great Buddha. You can explore hiking trails and feast on the local specialty of Kamakura Yasai—locally grown vegetables. Especially delicious when served as crisp tempura atop steaming noodles, they are the perfect lunch on a day of exploring. 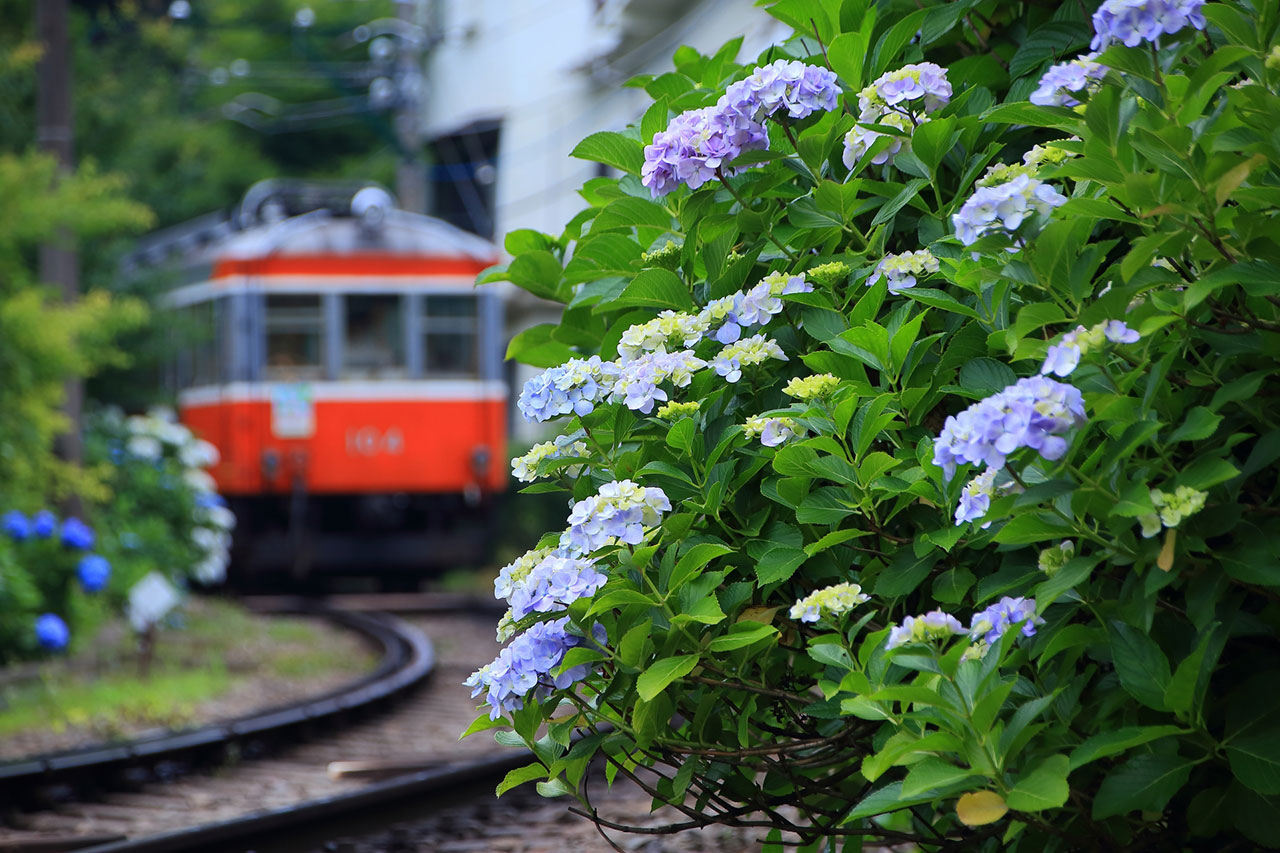 Also in Kanagawa prefecture, the Hakone Tozan Railway is a mountain line running between Odawara and Gora. While beautiful throughout the year, in June it is surrounded by hydrangeas and becomes one of the most scenic journeys of the season. Due to the elevation, blooms are a little later, appearing between mid-June and late July, so it’s perfect if you arrive a little late in the season. If you have the time, alight at Tonosawa Station and hike up to Amida-ji Temple, known for having over 3,000 ajisai. There are also evening illumination trains during this time, so you can admire the flowers with scheduled stops and photography time. If you’re heading to Hakone, be sure to enjoy the unusual black eggs, cooked in sulfurous hot springs of Owakudani. Eating one egg is said to add seven years to your life, which is a great way to see the ajisai seven more times!