The three sacred sites of Yoshino and Omine, Kumano Sanzan, and Koyasan and the surrounding forests of the Kii Mountains have been registered to the UNESCO World Heritage List for their religious significance rooted in the ancient Japanese tradition of nature worship sustained here for more than 1,200 years. Spanning Nara, Wakayama, and Mie prefectures, the area is still a popular destination for religious and recreational purposes today, welcoming as many as 15 million visitors annually to its natural and cultural attractions.

Yoshino in Nara Prefecture is best known for the more than 30,000 cherry trees that blossom across Mount Yoshino each spring. The sacred cherry trees planted here continuously for more than 1,300 years create otherworldly beauty that has entranced aristocrats, commoners, and everyone in between. Considered sacred, Mount Omine is home to Ominesan-ji Temple, the headquarters of the Shugendo sect of Japanese Buddhism, and is used by the sect as a spiritual training ground. For visitors interested in hiking, the Odaigahara Plateau offers a well-maintained trail leading to breathtaking scenery of the surrounding mountains. Nara is also home to many natural hot springs such as in Totsukawa, a small village nestled in the mountains with ancient shrines and spectacular views. 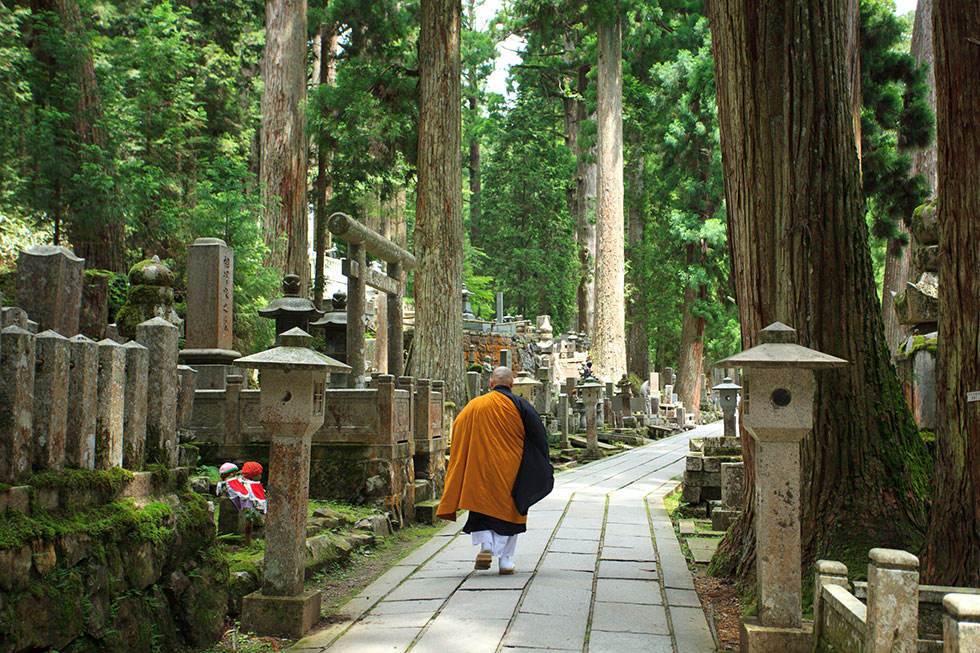 Rising 800 meters above sea level, Koyasan in Wakayama is the center of Shingon Buddhism, a form of esoteric Buddhism introduced to Japan in the 9th century by the monk Kukai, known posthumously as Kobo Daishi. Seeped in religious solemnity and natural beauty, for centuries people have been coming to the cluster of 117 temples built on Koyasan to pray and seek spiritual comfort. Sacred Okuno-in, built on the place where Kukai died and entered into a supreme plane of meditation waiting for the arrival of the Buddha of the future, is reached by a cobblestone path lined with ancient Japanese cedars and more than 200,000 mossy graves and monuments, including prominent feudal lords, monks, and writers. Many visitors enjoy staying at a temple overnight, eating shojin-ryori, traditional vegetarian Buddhist cuisine, and guided tours by monks, including at night.

Kumano Sanzan consists of the three Shinto shrines of Kumano Hongu Taisha, Kumano Hayatama Taisha, and Kumano Nachi Taisha (taisha means “grand shrine”). The 170-km Kumano Kodo Iseji Route begins at Ise Jingu in Mie Prefecture and connects these three shrines. Used for centuries as a pilgrimage route, travelers along the trail are treated to views of deep valleys, terraced rice paddies, bamboo forests, and the coastline of the Kii Peninsula. The Iseji Route became especially popular in the Edo Period (1603–1868) with pilgrims traveling to and from Ise Jingu. Many sections of the route are paved with weathered cobblestones from that time. The route is also dotted with shrines, statues, and monuments that pilgrims visit as part of their religious rites. 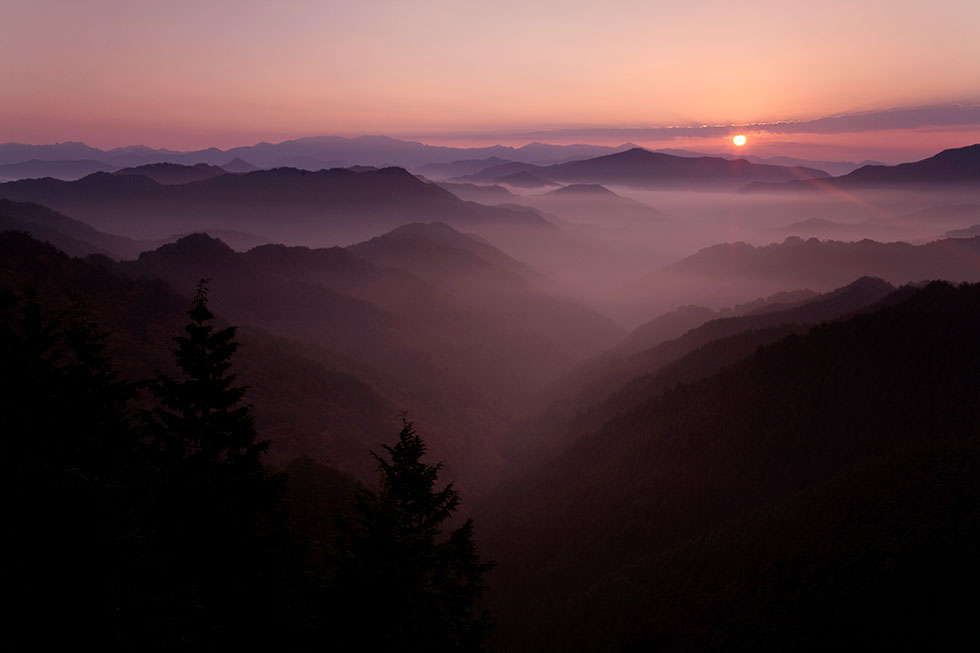 Located near the ancient capitals of Kyoto and Nara as well as the Pacific Ocean, Yoshino and Omine, Kumano Sanzan, and Koyasan, the combined World Heritage Site of Sacred Sites and Pilgrimage Routes in the Kii Mountain Range, allow visitors to commune with the majestic natural beauty that has been worshipped for centuries in Japan and entwined with Japan’s unique fusion of Shinto and Buddhists beliefs while discovering rich cultural and historic wonders.

This article is written in cooperation with Nara, Wakayama and Mie Prefectural Governments.