At the heart of the Nakasen-do trail, Agematsu is home to stunning forests, ancient legends and plenty of amazing spots to explore, whatever the season. The age-old town is surrounded by natural beauty, deep in the Kiso Valley, allowing hikes from mountains to waterfalls to gorges; perfect for escaping city life. 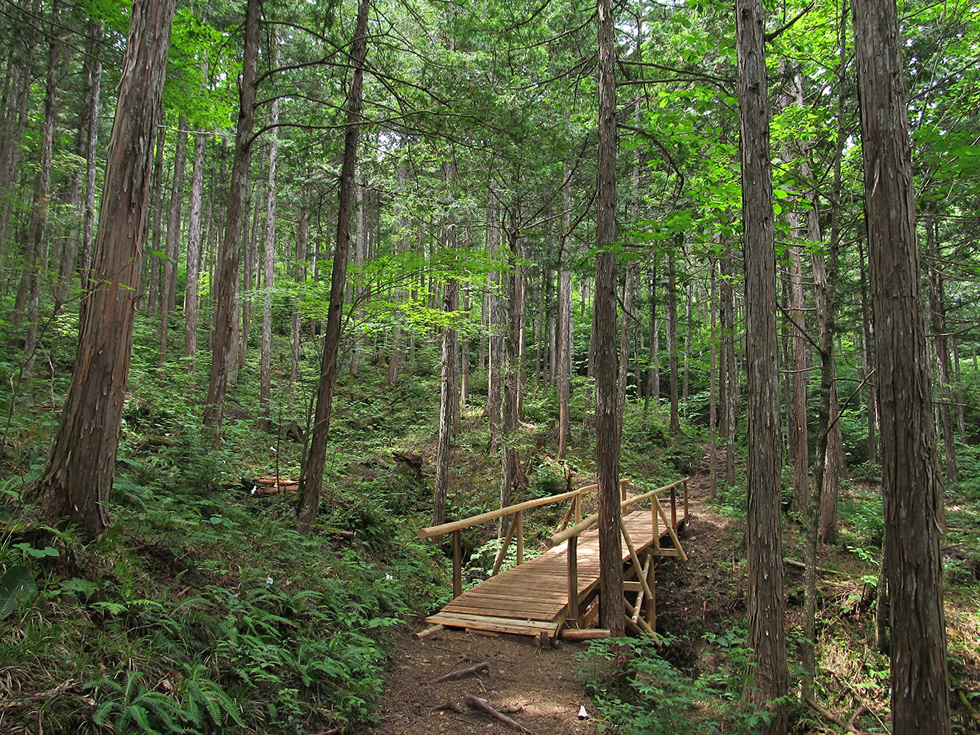 The former post town hosts five of the eight famous sites of Kiso, including Kiso-no-Kakehashi and Nezame-no-toko, along with shrines and temples which have survived the floods and fires of the ages. While some elements of the town have been damaged irrevocably by natural and man-made disasters, some have been protected and nurtured back from the brink of extinction, like the Akasawa Natural Recreational Forests. With their slow growth due to cold weather, the cypress trees offer a stronger wood than any other, and as far back as the eighth century were used for honored roles in samurai castles and statues of Buddha. This popularity, however, became the forest’s downfall, and the simple yet deadly rule of “one tree, one head” was brought into effect. Lessons were soon learned, and as people suffered, slowly the forest began to recover and flourish under the protection of the ban.

Now, the forest spans over 700ha and is a place for extraordinary escape—a practice known locally as ‘forest bathing’. Rather than immersing yourself in hot spring water, here you submerge into the refreshing atmosphere of dappled lights, cypress scents and natural wonder. Whether it be a relaxed stroll, a guided tour or a ride on the refurbished steam train—time spent in the forest is believed to heal the soul. Although the forest is only open from April to November, you can choose to wander through plum blossoms, magnolia flowers or autumn leaves—all offering a sense of tranquility and peace perfect for washing away the stresses of everyday life. 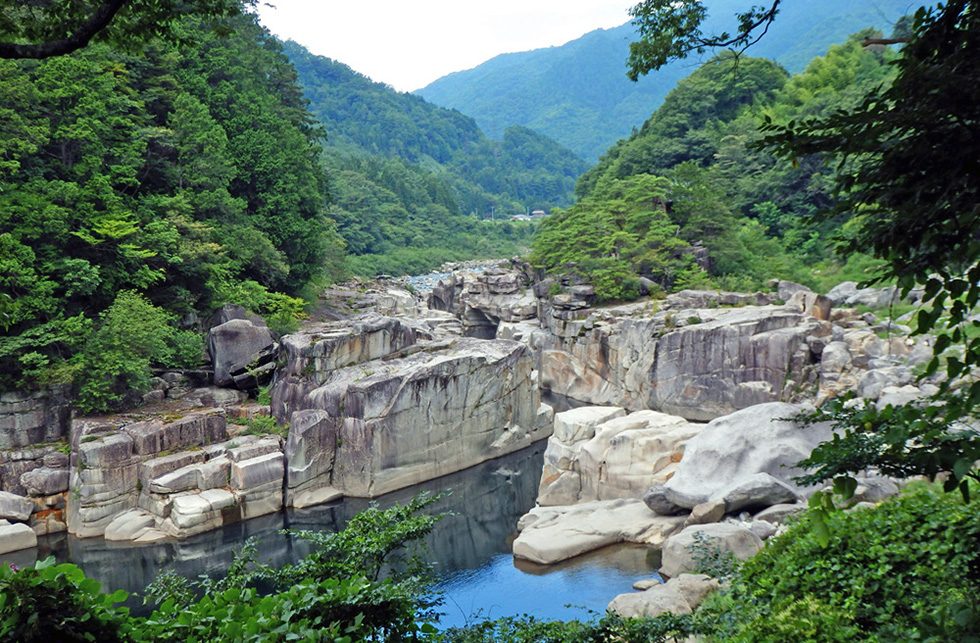 Nestled among the trees is a spot so treasured historically, it features in some of Japan’s most popular legends. The Nezame-no-toko Gorge stretches along the Kiso River and was formed by cracks in the granite riverbed forming over centuries into the stunning formations seen today. The legend of Taro Urashima, a boy taken to a palace under the sea where he remained for 300 years—ends at the gorge. Taken by its beauty on his travels through Japan, Taro settles locally selling the medicines he made with his newly acquired knowledge and fishing to survive. However, one day he opens a forbidden gift casket he brought from the palace, and the smoke released from within ages him by 300 years. His overwhelming sadness made him vanish, and a Benzaiten deity was later found and enshrined in nearby Rinsen-ji Temple. Now a popular spot for visitors, you can admire the breath-taking views and let the sounds of the river rush over you, imagining tales gone by.

Offering an escape like no other, the town of Agematsu has a rare and unbreakable bond with nature ready to be enjoyed. Leave your stress behind and explore the beauty of the Kiso Valley, at the center of the samurai trail.

This article is written in cooperation with Agematsu Town Tourism Association.